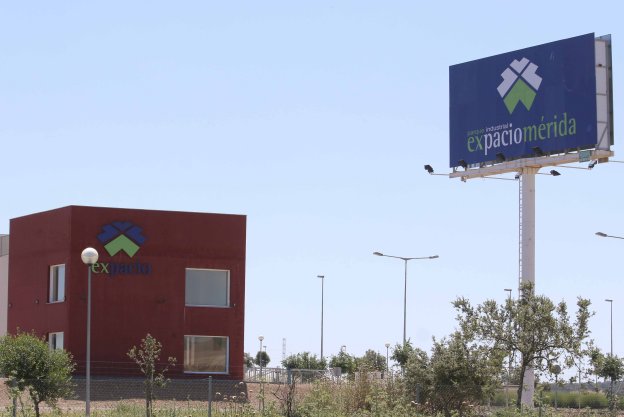 The agreement between the Extremadura Government and the Administrator of Railway Infrastructures (Adif) will soon be signed for the construction of the railway terminal of the Expacio Mérida industrial park, with a budget of € 18.70 million.

Once the agreement is signed, Adif will be in charge of tendering the platform construction project.

This project, co-financed with ERDF funds, will boost the exploitation potential of the industrial park, which has an area of ​​207 hectares, making it an excellent enclave for the establishment of international companies, thanks to its privileged position and important communications hub.

The projected railway terminal is connected to the Mérida-Los Rosales line through two branches, which will allow access both towards Mérida and towards Seville. In this first phase, it will have three tracks between 550 and 750 m in length: one of them for the reception and dispatch of trains, a second track for loading and unloading and another for maneuvering without interfering with the general track. In this first phase, the terminal will have the capacity to receive 6 daily trains and a handling volume of up to 65,000 containers / year.

Both the tracks and connections of the terminal with the rail network of general interest will have their security, signaling and telecommunications facilities, essential to integrate the installation within the automatic blocking of the Mérida-Zafra section as one more station, thereby guaranteeing access rail to the terminal remotely.

As for the rest of the infrastructures that make up the terminal, it will have an area of ​​40,000 m2 of slabs for storage and handling of containers, weighing scale, administrative building and access control, perimeter fence, access roads and connection with the business area and all necessary sanitation, electricity and telecommunications facilities.

The development of Expacio Mérida, Expacio Navalmoral and the Badajoz Logistics Platform are included in the Extremadura Logistics Strategy, a plan for the 2050 horizon that foresees a global investment of 700 million euros and that seeks to value the spaces already built.

The Extremadura Government, through the investment attraction office Invest in Extremadura, provides soft-landing services for any company interested in establishing itself in Expacio Mérida. A personalized support to accelerate all aspects related to the location and administrative processing in environmental and urban matters, management of grants, hiring of personnel and R + D + i.